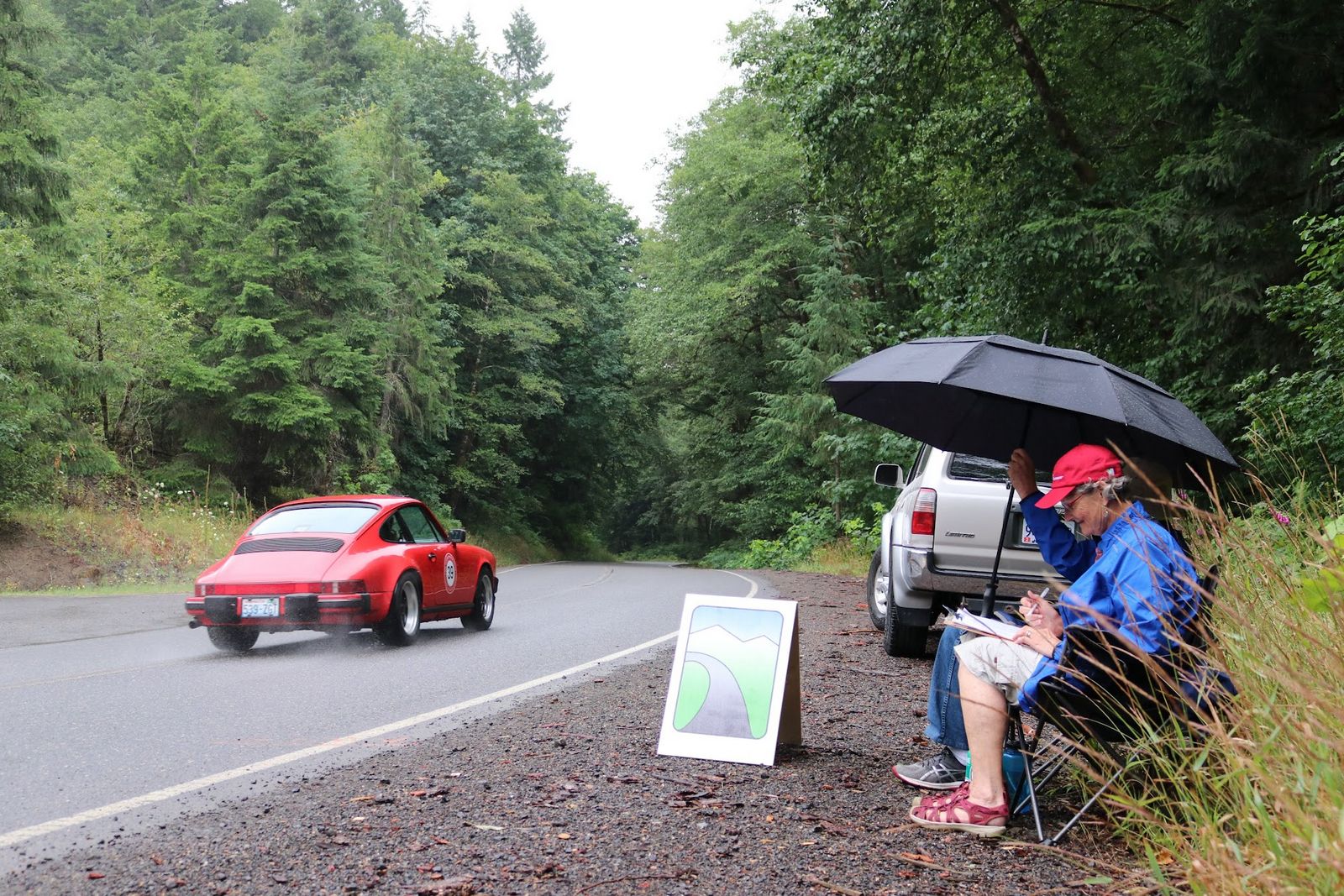 A Guide to Time - Speed - Distance

A Time-Speed-Distance (TSD) rally is a competitive motorsport event, run on open public roads at legal speeds. A TSD rally is not a race; it is a precision driving competition. The basis of the competition is the accurate application of complex rules under time pressure to follow a designated route in a set period of time. The route is described in written instructions that include assigned speeds for multiple intervals in the rally. The written instructions are somewhat “coded” by use of abbreviations or graphics. In addition to rapidly interpreting the instructions, competitors must be adept at applying default rules when necessary. Teams set out from a starting point at one-minute intervals and are timed at established locations, although the locations are not given in the instructions. A TSD rally typically includes multiple “legs” or regularities, ranging from five to 20 miles, which are separately scored. Teams accumulate penalty points for arriving early or late at the timing locations; penalty points also accrue for going off course. The team with the lowest number of penalty points is the winner.

TSD rally teams consist of two members: a driver and a navigator. Since there are three roles in the car (driving, navigating, and timekeeping), the navigator typically also keeps time and the driver must contribute to keeping on course. The most accomplished rally teams are completely familiar with the rules, well-practiced at their work, and communicate very well. People who are competitive, quantitative, detail-oriented, and focused enjoy TSD rallies.

The organizing body that puts on a TSD rally will define the cars and the equipment that may be used in the rally; there may also be classes based on the experience level of the team, from novice to expert. Depending on the rally, the cars may be highly specialized and prepared or may be everyday drivers or classics. While having a special rally car may sound like an advantage, the overwhelming factor in TSD rally success is the team, not the car. As long as a car can adequately accelerate and brake, a good team can win with it; a poor team will do poorly with the best of cars. Comfort, outward visibility, and reliability are more important than raw performance.

TSD rallies typically have a range of classes based on the type of rally equipment used. At the most basic, the un-aided or “seat of your pants” or SOP class does not allow any speed or distance measuring equipment other than what came on the car originally, does not allow the use of the car’s original computer to calculate average speed, and does not allow the use of any calculating devices (except paper and pencil). The highest class might allow the use of specialized sophisticated computer systems that measure distance independent of the car’s original equipment, keep time, and calculate how early or late the team is relative to the ideal time. In the middle are classes that allow various kinds of calculators, but depend on original odometers and speedometers.

A TSD is some of the most fun you can have on the road, in your car, while staying in legal speeds. It is a puzzle that both you and your partner are responsible for solving while others compete to finish it more accurately than you.

Please check out this write up by one of our newest rally teams of their participation in the 2021 Northwest Classic Rally for their explanation of a TSD and their experience.

Feeling nervous about driving your first TSD rally or looking to fine tune your skills? Try joining us in the AROO Cup series and school.